Welcome to St Patrick’s Parish Website. St Patrick's is a living, breathing community in Belfast’s City Centre serving a large local resident community, a thriving population of workers in Belfast’s cultural and social heartland – the Cathedral Quarter – and the students and staff of Ulster University Belfast Campus right beside us. We are a Catholic Parish with a welcome for all, formed by prayer, the sacraments and hope, and centred on the person of Jesus in our midst. Our beautiful Church is a Victorian gem and a place of tranquillity in the heart of the city.

If you are a visitor to Belfast, a new resident, or a neighbour we haven’t yet met, we’d love to have you visit us. Join us for the celebration of the sacraments, to pray quietly or just sit in silence in our beautiful and historic church, meet our parishioners from many parts of the city and beyond, find opportunities for service, and get to know Jesus better.

This site will give you details of where to find us, our Mass times, our news and events and our weekly parish bulletin. If you cannot find what you are looking for, please get in touch with us by using our Contact Us page. 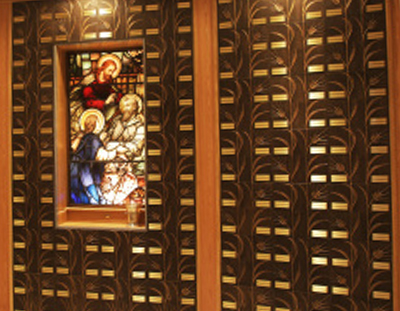 Use this link to read about our Columbarium and how to go about purchasing a space within it. 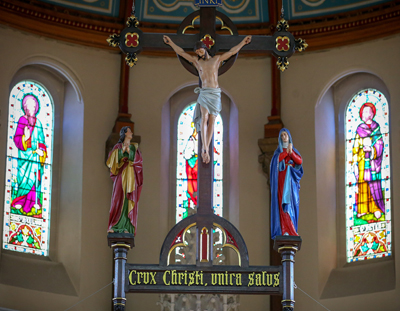 Use this link to see copies of current and recent bulletins that you can keep and print. 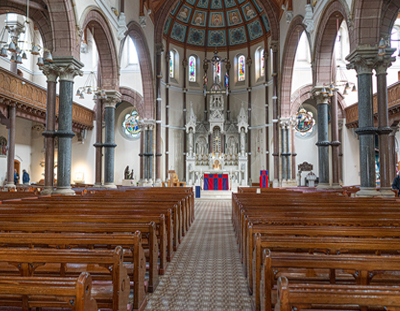 We broadcast each Mass live. If you wish to view the Mass live online please use this link 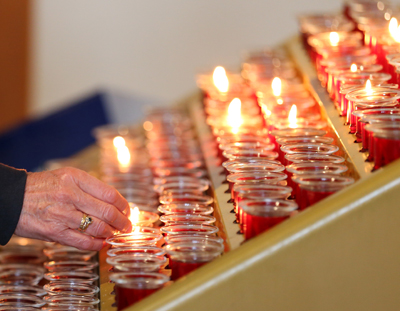 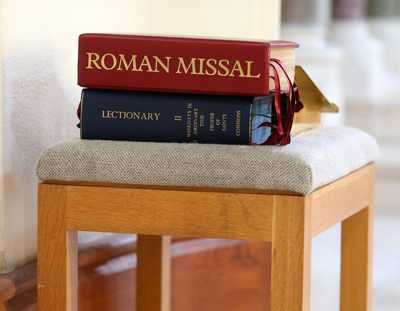 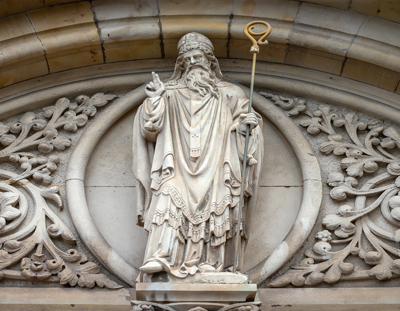 Find out about what is happening within our vibrant and dynamic parish. 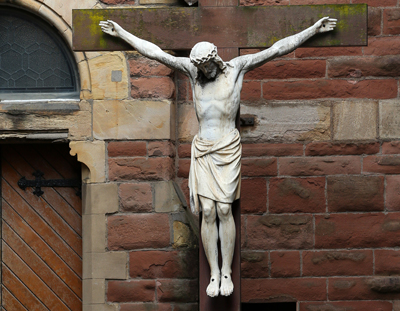 For more than two centuries, St Patrick’s has faithfully provided for the spiritual and pastoral needs of the people of Belfast, as well as workers and visitors to Ireland’s second city. It has also played a significant role in the Catholic Diocese of Down and Connor. St Patrick’s was, for most of its existence, Belfast’s Catholic Pro-Cathedral. Most Episcopal Consecrations took place here; one of the most important figures in 19th Century Belfast’s History – Bishop Patrick Dorrian – is buried within its walls.
The present Church was opened in 1877. Famously built “by the pennies of the poor”, it replaced an earlier, much smaller building begun in 1812 and opened in 1815, the year of Napoleon’s defeat in the Battle of Waterloo. It is the fourth St Patrick’s Church in Belfast. The first was reputedly founded by St Patrick himself - now in the Shankill area of Belfast. (Shankill means ‘Old Church’ in the Irish Language). This was replaced by a second in the High Middle Ages. Catholic Churches were taken from their worshippers in the Reformation and, eventually, Catholicism banned. A change in political and social climate in Belfast allowed the construction of a Catholic Church in 1784 – St Mary’s Chapel Lane, the Mother Church of Belfast. By 1812, Catholics were becoming confident enough to build a second Church on Belfast’s main thoroughfare – Donegall Street – and a residence for the Catholic Bishop and his clergy. That building, our current Presbytery, is Belfast’s oldest, continuously-inhabited house.

Our parish is a growing and vibrant faith community. Not only does it provide for the spiritual and pastoral needs of local residents and city-workers, but it also serves a busy hospital, a large primary school, a number of residential and care homes for the elderly and the new Ulster University Belfast Campus. While St. Patrick’s serves a community and district which is constantly changing and developing, our calling to bring Jesus to the heart of our city remains constant.
If you are not a parishioner and would like to join the parish, please contact the parish office by using our Contact Us page.